Long time, no write. I hope everyone is keeping safe from the pandemic and not going out much.

I started working from home earlier this week when the country went to alert level 4 and a full lockdown. The company I work for is classed as essential, but only our technician can go in to the office to do hardware repairs and stuff.

So I get to sit at home and do programming. Slowly getting used to it!

What happened to my friends page? Clearly I have been away from LJ too long and they have changed things.

Look, I'm a big subscriber to the idea that if a thing works already, why would you change it?

I'm playing it as an evil character because I already did a good playthrough. 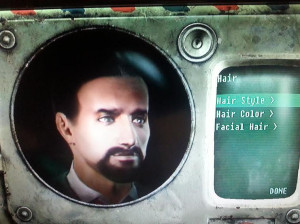 Reminds me of someone...

I remember seeing this on TV when I was young. A wee tale about a young girl who helps monsters defeat a wicked witch which manages to be both charming and surreal:
https://www.youtube.com/watch?v=lIL3pyxhIV8 (apparently embedding video is broken or something)

The bit I vividly remembered was the monster which ate pictures of flowers (and not actual flowers, because that would make sense).

Just in case anyone's interested in this sorta stuff, there's a Kickstarter some people I know have set up for a toyline they're working on:
http://www.kickstarter.com/projects/1822390380/bmog-bio-mechanical-ordnance-gestalts-ursenal-vs-m

The concept is to make a bunch of weapons that work as accessories for other toylines, like, say, Transformers (they use 5mm posts, which a lot of toylines use). The weapons can also be assembled into animals, so the two toys they're working on putting out are a manta ray that turns into an axe and gun, and a bear made up almost entirely of guns.

The Kickstarter's only got three days to go, but I'm hoping it'll reach its target, cause it looks fun.

The ASB advertisements with Brian Blessed won the Fair Go Worst Ad of the Year award.

What?! How can that be?! It's BRIAN BLESSED!

I can only assume the people of this country are all mad. Though to be fair there were pointers in that direction already.

Apparently one of the comic strips in a Pat Troughton era Doctor Who annual was almost totally stolen from an earlier comic. Wow, that's an impressive piece of thievery. I wonder whodunnit...

Apparently ASB Bank have replaced semi-controversial Goldstien in their advertising with BRIAN BLESSED. This is one mighty step up as far as I'm concerned. wait oh god who gave him a megaphone you fools!!

Here's one of their adverts featuring him:


And here's another one:

Prime is playing the Doctor Who Christmas special on Boxing day, a mere 13 hours after it screens in the UK. That's pretty cool-I bet they'll get a boost in ratings.
Collapse